The Science Behind Minimalist Shoes 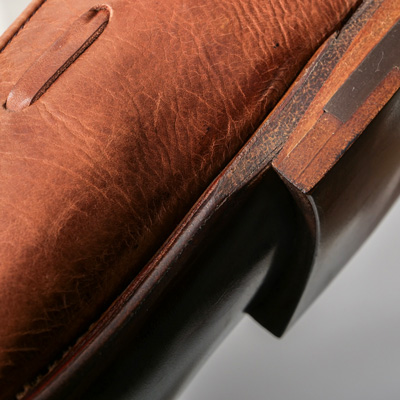 According to Google Trends, the number of Google searches on the terms “minimalist shoes” and “barefoot shoes” has significantly increased compared to the number of searches in previous years, indicating an increase in public interest. Barefoot, minimalist shoes have also become the go-to style of shoes for many athletes and running enthusiasts as they have proclaimed health benefits. This blog post explores the studies that may be referred to in terms of barefoot shoes and their health benefits and whether the claims on health benefits have any substance to them.

Yale Medicine reported that up to fifty percent of runners get injured at some point in their career. This may seem “normal,” but controversy struck as Christopher McDougall released his book “Born To Run” in 2009. His book was written as a documentation of the Tarahumara tribe. Members of this tribe, between various age groups, were described as “able to run up to two hundred miles in one session,” with little to no occurrence of injuries. Shortly after, many running enthusiasts and athletes started to report improvements in their running experience after going barefoot or switching to barefoot-style shoes.

Yet another study by Harvard University found that people who run barefoot or in minimalist footwear tend to avoid “heel-striking” and instead land on the ball (front) of their feet or the middle of the feet. What is wrong with landing on the heel, then? You may ask. Well, according to www.healthline.com, running with a heel strike may cause the runner to be more susceptible to injury. Another 2012 study by Harvard, observing fifty-two cross-country runners, found that “…heel strikers had twice the rate of mild to moderate repetitive stress injury in a single year than forefoot strikers.” An additional study by the journal Medicine and Science in Sports and Exercise found that heel strikers were more likely to experience running-related knee injuries.

The reason for this increase in knee and hip-related injuries when wearing conventional shoes may seem unclear at this point, but let me clarify. As runners land on their heels, the point of contact is more or less bone to concrete – there are fewer muscles activated when landing on the heels, and thus all of the force is absorbed by the knees and hips. This can be seen in an interview with Dr. Daniel E. Lieberman, professor in the Department of Human Evolutionary Biology at Harvard University. Lieberman referred to a study conducted by himself and his colleagues which found that “...heel strikers experience a very large sudden collision force about 1,000 times per mile run.” and that “People who run barefoot, on the other hand, tend to land with a springy step toward the middle or front of the foot.” He further clarifies that “Barefoot runners point their toes more at landing, avoiding this collision by decreasing the effective mass of the foot that comes to a sudden stop when you land, and by having a more compliant, or springy, leg.”

In summary, a significant number of studies from reliable sources found that barefoot shoes may be better for overall musculoskeletal health compared to conventional shoes. The studies further illustrate that running with barefoot shoes encourages forefoot striking instead of heel striking, which overall leads to less impact on the joints and better distribution of impact throughout the muscles instead of only the joints. This article concludes that the proclaimed health benefits of barefoot-style shoes may have some substance behind them after all.

The Last Shoemaker now offers an innovative line of minimalist leather shoes that offer the same benefits as barefoot-style shoes but with class and elegance second to none. Clearly, this line of shoes is not made for long-distance running as they belong more appropriately in the formal section of the wardrobe. That said, being able to enjoy the same benefits as barefoot shoes (i.e., better posture, more toe space, and comfortable materials) while attending your most formal occasions or in your work life sounds like an unrivaled deal.